In December, ICE was awarded an Approval in Principle (AIP) by the American Bureau of Shipping (ABS) for its latest generic floating production storage and offloading (FPSO) hull design, named the G-1600-SM/W. The AIP means that experts at ABS’ world headquarter in Houston have reviewed critical plans and calculations of the vessel and have found that they comply with the applicable rules and regulations and good practise.

The Generic FPSO Hull design benefits from ICE’s extensive experience from more than 40 FPSO projects, including new construction, conversions and various technical studies for leading FPSO operators. By performing extensive pre-award hull design work adaptable to a range of topside and mooring configurations, ICE offers a robust design that can rapidly be modified to suit specific field requirements, saving customers as much as 6 – 8 months of post-award design time.
Commenting on the AIP award, Sorin Brazdis, Managing Director of ICE’s subsidiary ICEPRONAV Engineering SRL, says: “After several years with little activity we now see an upswing in the FPSO market with many new projects coming onstream. Our generic FPSO designs clearly meet a need in the market and we have just won the first contract to adapt our latest generic design to meet the requirements of an oil major”. 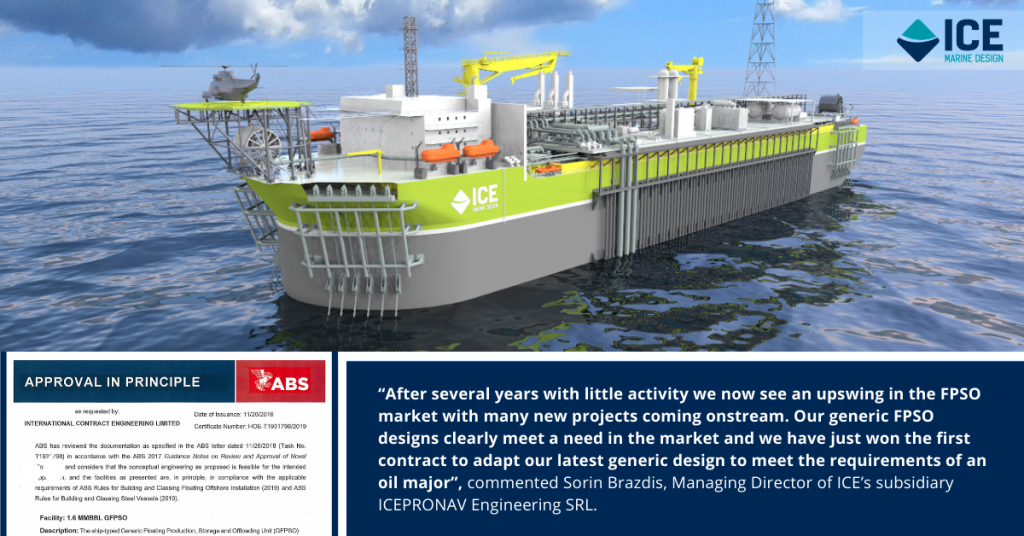