Following a design review performed by a team of experts in the Global Engineering division of the American Bureau of Shipping (ABS) in Houston, Texas, ABS has formally issued an Approval In Principle (AIP) for the conceptual design of the DL-8000 DeltaLifter. Following its independent and unbiased review of documents submitted by ICE on behalf of DeltaLifter Technologies AS, the Norwegian owner of the patented DeltaLifter concept, ABS has concluded that in terms of stability, structures and systems the DeltaLifter would meet ABS’ applicable rules and recommendations as well as be in compliance with good industry standards, proven technology and sound engineering practices.

Following a review with the ABS team who performed the AIP assessment, ABS at a ceremony in Houston on November 6th this year handed a Certificate of Approval in Principle to Mr Draegebo, the Chairman and Chief Executive of ICE. The picture shows Roy Bleiberg, Vice President of Engineering for ABS Americas (in the centre) giving the Certificate to Mr Draegebo, witnessed by Senthil Chidambaram, ABS’ Manager of Offshore Engineering. 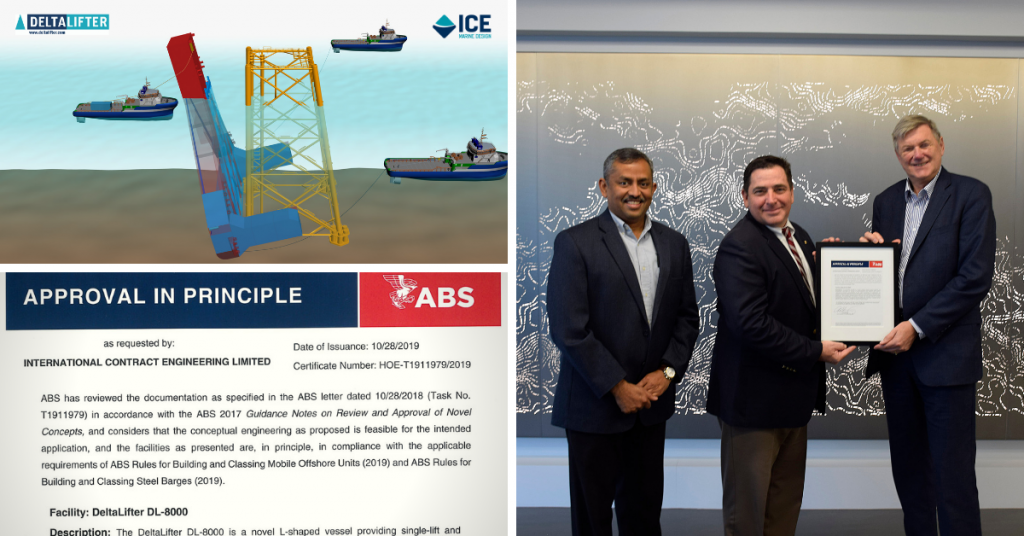