It is with great sadness that we learned of the passing of Professor Dr Liviu Crudu. He died unexpectedly in hospital on October 9th, 2022, at the age of 68.

Following his graduation in Naval Architecture from the Dunărea de Jos University in Galati, Romania in 1979, Liviu worked for the Romanian River Navigation Company “NAVROM” before in 1982 joining S.C. ICEPRONAV S.A., starting as a young engineer in the hydrodynamics laboratory. For the next 24 years, he held various positions at ICEPRONAV, including as Department Manager, Scientific Director, General Manager, and ultimately as General Director, steering the company through many challenges.

During privatisation of ICEPRONAV in 2003/04, Liviu was instrumental in welcoming the ICE Group as an investor, acquiring modern technology and expanding the customer base. He later assisted ICE not only as the Sole Administrator of ICEPRONAV but also as Business Development Director for the Group before he in 2006 joined his alma mater, becoming Professor at the Faculty of Naval Architecture. He also co-founded a private company.

During his distinguished career, Liviu was not only responsible for design of hundreds of ships, but he also gave valuable service to the marine industry by serving on several international committees, participating in, organising and chairing industry conferences and editing scientific publications. He authored or co-authored over 80 scientific papers.

We join with his many friends and former colleagues in offering our deepest and most sincere condolences to his family. 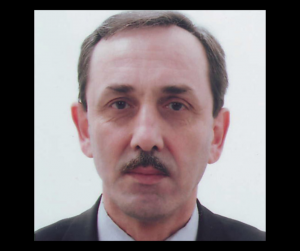