Primarily known as a ship designer, ICE also takes pride in intimately understanding the shipbuilding process. This knowhow is gained from “best practise” at more than 100 shipyards around the world, as well as from ICE’s management and many employees having had hands-on experience in building ships.

Ferguson Marine (Port Glasgow) Ltd has recently contracted ICE to incorporate lessons learned from its first dual-fuel RoPax ferry (Hull 801, the “Glen Sannox”) for Scottish owner CMAL into an improved design of its sister ship (Hull 802). In addition, Ferguson has also contracted ICE to develop production planning and work preparation for completion of Hull 802. Through better planning and control, Ferguson will improve productivity, schedule and quality performance of Hull 802 versus the soon-to-be-delivered Hull 801 and be much better able to handle future work.

“Although initially only involved at a late stage in design of Hull 801, we are grateful that Ferguson has recognised ICE’s ability to provide critically needed shipbuilding knowhow beyond ship design and we are looking forward to introducing both design improvements and proven production control methods to benefit Hull 802”. 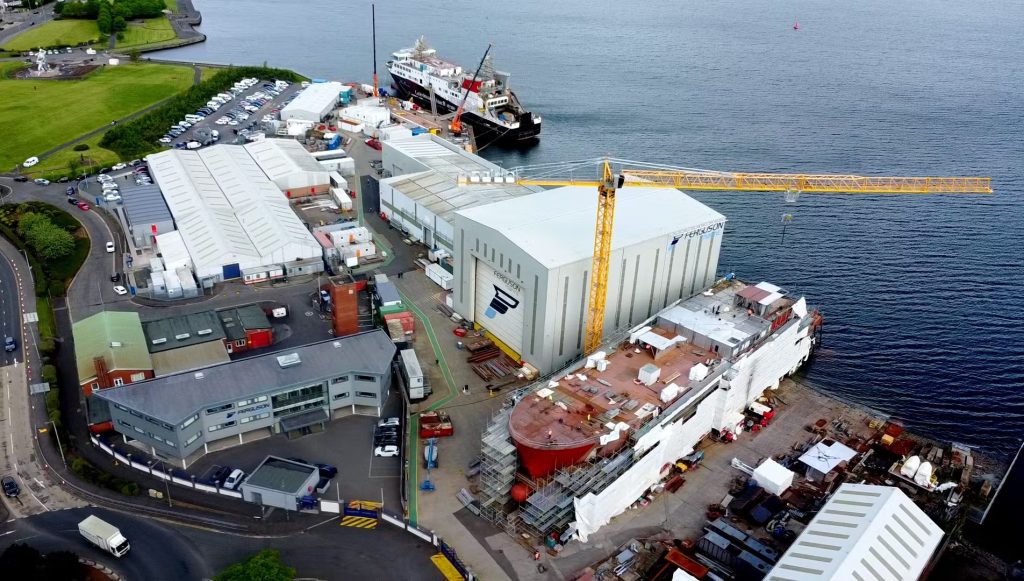