Kohi is a prominent Nigerian marine services company involved with offshore O&G as well as Navy projects. Viktor Lenać, a publicly listed member of the Palumbo Group, is one of the major shipyards in the Mediterranean for ship repair and conversions as well as construction of offshore installations. ICE has well-established business relations with both Kohi and Viktor Lenać, and has earlier provided design services to Viktor Lenać for a major conversion project.

The picture shows members of Viktor Lenać’ senior management team with Sandra Uzelac, the shipyard’s CEO, flanked by Chief Ainabe and Steinar Draegebo, with Mate Lukas, ICE’s Croatian Country Manager at the right of the picture. The catamaran in the background is one of the US Navy vessels for which Viktor Lenać has long-standing maintenance and repair contracts. 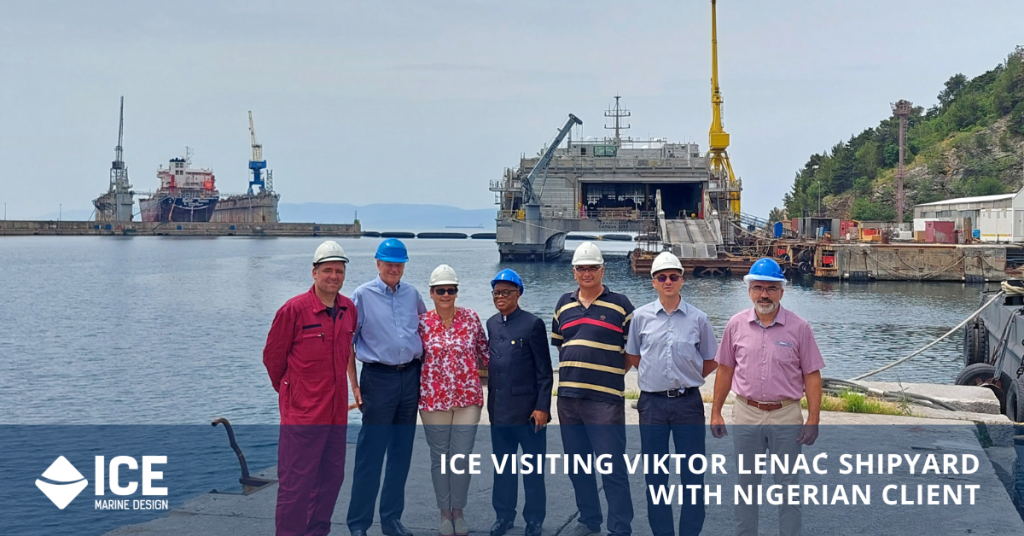