ICE is pleased to announce that Alexandru Antohi and Eduard Daniel Burghelea have joined ICEPRONAV Engineering as Project Managers.

Alexandru studied Electrical Engineering at the Polytechnic University of Bucharest. Since 2007, he has worked as an engineer and later project manager for a Dutch-owned company, and has been involved in projects ranging from tugs to offshore units and navy vessels. He holds a PRINCE2® Certification in Project Management.

Eduard holds a master’s degree in Naval Architecture from the “Dunarea de Jos” University in Galati and has also extensive experience, including as project manager, in the IT industry. He holds a CODECS Certification in Project Management.

“Alexandru and Eduard bring valuable experience and will be a real asset to our Project Management team as we return to a more normal business volume, hopefully before long.” 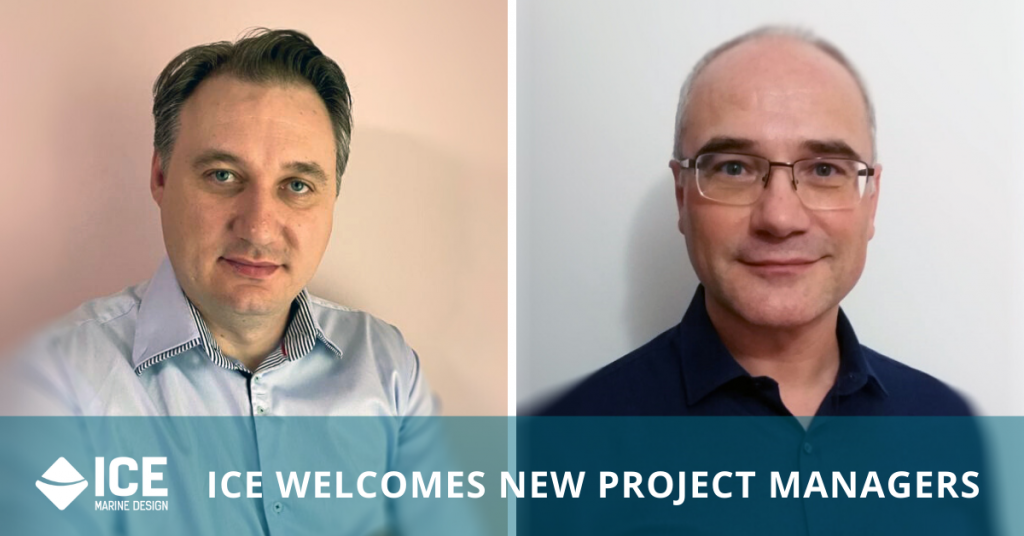