Ordering of new drill ships and semi-submersible drilling platforms has not yet recovered after the 2014 oil price collapse; the world-wide oversupply of such “floaters” will probably remain for some time.  However, existing drill ships still need upgrades and modifications. Having been extensively involved in both basic and detail design of drill ships for customers in Europe, Brazil and Japan, ICE was pleased that one of its first new contracts for 2021 was for a motion study for an existing drill ship for an Asian customer.

“It is great that we can make use of our considerable skills in hydrodynamic analyses and also keep up-to-date with the regulatory regime that applies to such sophisticated vessels. Whilst we currently have more focus on design of offshore windfarm service vessels, we are keen to stay in touch with customers in the oil & gas exploration and production (E&P) business, which for years was our main market not only for design of drill ships but also for FPSOs, FSOs and fixed platforms”.

The picture shows a drillship being built by Kawasaki Heavy Industries in Japan in 2014 to drawings and calculations developed by ICE, which also supported construction by having a substantial team of field engineers in the yard. 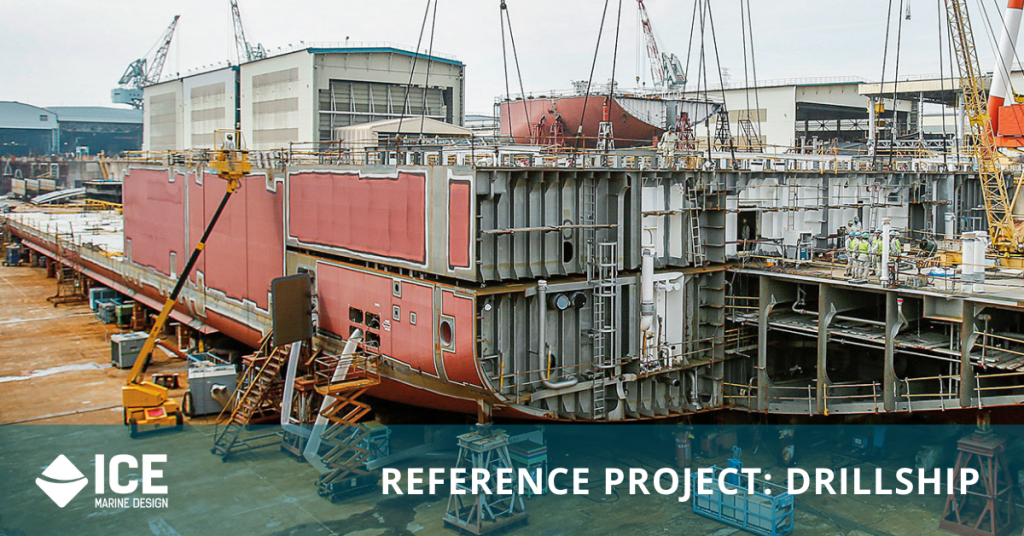