ICE exhibited this year again at the Marintec trade show in China with a stand in the UK pavilion. With 2exhibiting companies from 30 countries, and nearly 72,000 professional visitors from 100 countries, the 20th edition of Marintec reaffirmed its role as one of the world’s largest maritime trade shows.

During the event, ICE’s delegates met with existing and new business contacts and participated in valuable industry networking events, including a dinner hosted by the British General Consul and Lloyd’s Register (LR) to mark LR’s 150th year of doing business in China.

“A big thank you to everyone who visited our stand,” said Coen Landa, ICE Business Development Director. “Over the coming weeks we will be busy following up the contacts we made, including with several parties that showed keen interest in the model we exhibited of the DeltaLifter for buoyancy-operated removal of decommissioned offshore O&G platform jackets.” 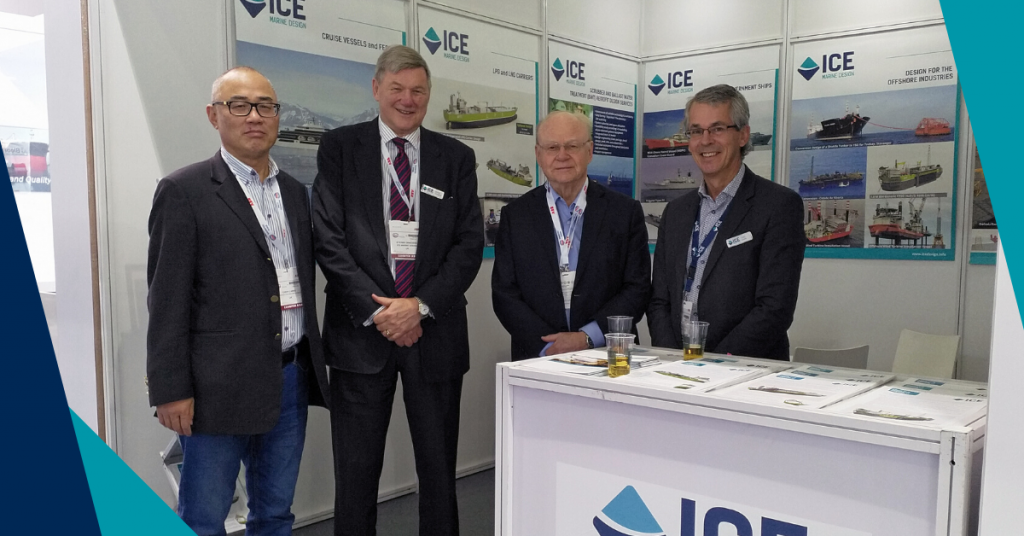