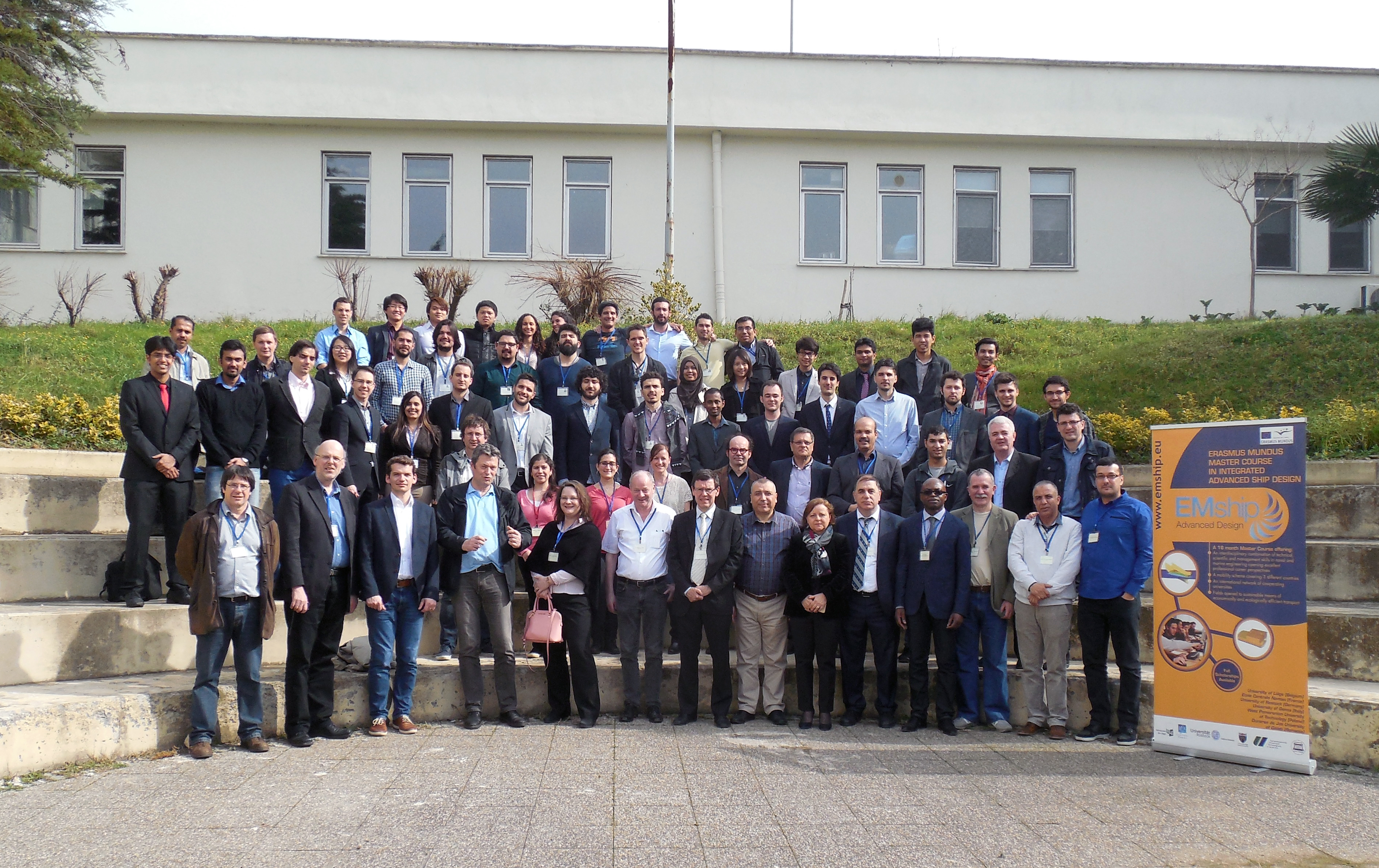 Mr Dragos Totolici, Principal Engineer of Icepronav Engineering (first right) in a group picture at the end of the EMSHIP 2016 SAB meeting.

ICE recently participated in the 6th meeting of the Strategic Advisory Board (SAB) of EMSHIP (European Master’s Course in Integrated Ship Design) in Istanbul, Turkey.

EMSHIP is an advanced Master’s program leading to a combined degree in Offshore Structures and Marine Engineering & Ship Design. It involves universities from Belgium, France, Germany, Italy, Poland and Romania.

Each year, as part of being an EMSHIP SAB member, ICE proposes, in collaboration with the Galati University’s Faculty of Naval Architecture, a Master Thesis topic. The student who chooses this Master Thesis gets the opportunity to do an internship in ICE, during which time he or she receives support with the final paper while experiencing working in a progressive design company.

ICE’s 2015 Master Thesis “The Design of a Containership Propulsion System” was undertaken by Noufal P. Najeeb, a graduate of Cochin University of Science and Technology (CUSAT) in India.